The Metaverse Is the Next Generation's Opium War 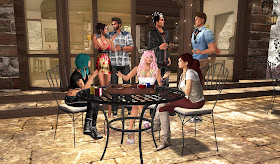 Facebook announced a name change for its company this week. Meta is its new name.

You probably have little idea of the significance of the name change. I believe Meta has the capability of destroying the discipline, drive, and determination in future generations of Americans.

Have you heard of the Greatest Generation? These were American men and women who sacrificed everything during World War II to protect our land, our liberty, and the American way of life.

Meta could be the seedbed that destroys what the Greatest Generation obtained.

Meta is a Greek word that means "higher," or "beyond," or "behind." It is carried over into English to refer to an alternate reality to something concrete. Meta (Facebook) is wanting to help you create an alternate life (e.g. "second life") through virtual reality that takes you "beyond" the real-life that you are living on earth.

But don't tell people involved in Meta that it is a game. It will anger them. Just like when you tell a person hooked on heroin that they're addicted. "What do you know? Nothing that feels this good and is as beautiful as what I have experienced can be bad for me." 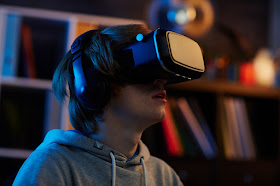 Here's how Meta works. Meta (Facebook) will soon be opening storefronts around the world to sell you next-generation virtual reality glasses called Oculus. Slap those glasses on, integrate with the digital world, and soon, you will be living a Second Life, an alternate reality.

In this virtual world that exists in your mind, you will interact with other people who enter your Second Life by asking you (audibly through Oculus) if they can join you in your virtual house, your virtual business, your virtual lakefront home, your virtual gym, your virtual vacation, etc. You live the life that you want to live but can't live in the real universe.

It's the metauniverse. You are in control of parallel universes that you digitally create to escape the reality of the one real universe in which you live. You become your own god. You ignore the real God. You go beyond the real truth to create your own version of the truth. You go beyond reality to escape the harsh world in which you really live - and which the one true God can help you thrive, not just survive.

But why bother with the real world?

In the digital metauniverse of Mark Zuckerberg's Meta, people can hide behind an Avatar (a character) that they create in the metauniverse. The Avatar represents them in their alternate reality.

Here's how it works. 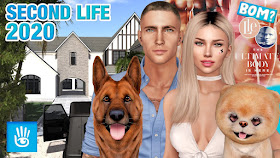 You upload an image of your face (or someone else's face) after digitally manipulating it to remove those characteristics you don't like.

I find it interesting that the two biggest cryptocurrencies in the digital metauniverse are MANA (a Hebrew word that means "What is it?") and SANDBOX (SAND). A sandbox carries the idea of making any castle you desire, and wiping it clean if it doesn't meet your fancy.

In your meta life, all that you know about others that you meet in virtual reality is what they appear to be, and all that they know about you is what you portray and appear to be in the metaverse.

Meta is a drug. 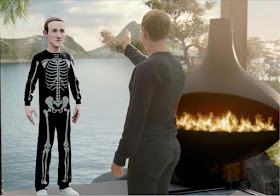 The people who enter the metaverse disconnect from reality.

Have you ever watched a show like American Idol and listened to singing auditions where the singer thought they were fantastic and on the road to becoming the next American Idol? You knew in reality that the singer was off-key, possessed no musical talent, and was simply delusional. But when people are disconnected from reality and only focused on MetaMe (who I want to be, not who I am), then that disconnect leads to failure in every area of life. It takes self-awareness in the midst of reality for discipline, drive, and determination to kick in to improve one's reality.

In the metauniverse, the reality is what the player imagines it to be. The alternate, imaginary life becomes an addiction. When addicted, you risk missing the responsibility and real-life rewards from the personal drive, determination, and discipline required to succeed - just like drug addicts - because you have been sucked into your alternate, imaginary reality.

The metaverse is the next generation's Opium War.

During the 1840s, the empire of England sought to trade opium from India with the Chinese people.

The Qing Dynasty of China, the government rulers of China from AD 1644-1912, sought to prevent the Chinese from opium drug addiction. China declared war on England twice to stop the opium trade. These two wars are called the Opium Wars.

England won. The profits made from addicting the Chinese people to opium were enormous for England. A nation's character is often crucified on capitalism's cross.

They will addict your children in order to do. The next time you see your child slap on a VR headset, find out if they are entering the metaverse. You have a responsibility as a parent to know. If you are an adult emersed in the metaverse, you are an addict and don't even know it.

The Chinese Communist Party has banned the metaverse, cryptocurrency, and by law, has limited to three hours a week the time that Chinese children can play video games.

Why are the communists taking such drastic steps to ban Meta?

Because they know when they invade Taiwan and go to war with the West to rule the world by 2049,
soldiers from the West made out of Meta will cower on the beaches in the face of disciplined, determined, and driven soldiers from China and Russia. If you dare, watch the link comparing the tactics and recruiting videos of the Chinese, Russian, and the United States' governments seeking soldiers for their respective armed forces. I bet you can guess which nation is building its future on  Meta.

China and Russia will win the next Opium War unless Americans can restore an understanding of objective truth, live in the only Universe that God created, and break the drug addiction of virtual reality.

Where's the Greatest Generation when we need them?

It's up to us to resurrect the principles that drove the Greatest Generation to defend our lives, our liberty, and the American way of life. Buckle up.  The next decade's fight to restore Western Civilization's former character is going to be existential for our American way of life.