The Gift of Prosperity Can Be Wrapped in Problems 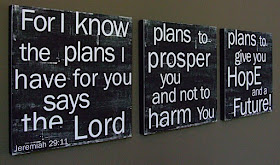 There is a promise from God in Jeremiah 29:11 that is often quoted and nearly always misinterpreted. God says, "For I know the plans I have for you... plans to prosper you and not harm you...plans to give you hope and a future."

Christians in the habit of plucking verses from their context are unable to tell you the circumstances surrounding this promise.

For example, when was this promise given? To whom was God speaking? What occurred to cause God to make this promise?  These three questions are examples of the things that should be asked before a Christian makes any assumptions.

If you are claiming this promise of God's prosperity and blessing for your life in the belief and hope that God is about to change your environment for the better, then you have no understanding of the meaning of Jeremiah 29:11.

Too many Christians 'zone out' when it comes to history, but the diamonds in God's Word are only discovered after the necessary mining of the history of a text.

"Bloom where you are planted" is an ancient phrase that has its roots in this Jer. 29:11 promise.


God may never change our environment, but we are able to personally "bloom" and prosper even when there is no change in our circumstances.

That's the meaning of God's promise to us in Jeremiah 29:11. Let me show you. 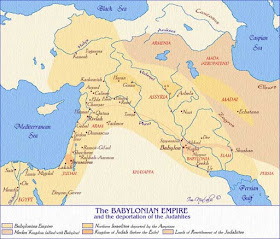 In 609 B.C. a very wicked and brutal empire took control of the world. The Babylonians (sometimes called the Chaldeans in the Bible) defeated the ancient Assyrians and the Egyptians and took the stage as world conquerors.

Two years later Babylonian King Nebuchadnezzar launched his first of three attacks against Jerusalem and the Jewish people (607 B.C. - 597 B.C. - 586 B.C.) Each successive attack during this 21-year time period was more brutal than the previous, ending in 586 B.C. with the destruction of the Jewish Temple and the desolation of the entire city of Jerusalem.

It was during Nebuchadnezzar's first aggressive move against Jerusalem (609/608 B.C.) that Daniel, his three friends (Shadrach, Meshach, and Abednego), and other Jewish leaders were taken captive. Ten years later (597 B.C.) Nebuchadnezzar came back to Jerusalem to get more Jews to assist the Babylonian Empire in building better roads, erecting stronger walls, and creating greater weapons. Nebuchadnezzar didn't take all the Jews into captivity. Far more Jews remained in Jerusalem after 597 B.C. that were taken as prisoners, including the prophet Jeremiah. The prophet began placing a yoke around his neck proclaiming to God's people that the Babylonian captivity would last "until the seventy years for Babylon have expired" (Jeremiah 29:10 NAS).

The seventy years of captivity began in 609 B.C. and ended in October 539 B.C. when the Persian King Cyrus invaded Babylon and conquered the Babylonians and freed the Jews.

Think about that for a moment. For 70 years the Jews were subjugated by the wicked kings of  Babylon, a kingdom which ruled the known world.

That's a long time for God's people to be held in Babylonian captivity.

The United States war in Iraq has lasted a little over 15 years. Can you imagine having your husband, son or other loved one in Iraq without having the ability to see him or hear from him for decades?

Or reverse the role. How would you like to be a young Jewish artisan or servant in the Babylonian Empire like Daniel and his friends, only to hear in a letter from Jeremiah that your captivity will only end after Babylon's 70-year world reign comes to an end?

More than a few Jews didn't like hearing Jeremiah's proclamations of a long captivity (Jeremiah 25:25).

One such Jew was a priest and false prophet named Hananiah. He mocked Jeremiah's prophecy (see Jeremiah 28), ripped the wooden yoke off Jeremiah's neck, and told the people that "God told me the captivity would last just two more years" (Jeremiah 28:3).

The Jews in Jerusalem began believing the false promise that God would change their circumstances soon.

It was at this time that God had Jeremiah send "a letter" to the captives in Babylon.

That letter is what we know as Jeremiah 29. God knew that the false hope of a quick release from their bad circumstances would make its way to His people held captive in Babylon, so He speaks to them through the prophet Jeremiah in Jeremiah 29:4-10 and declares:


"Thus says the Lord of hosts, the God of Israel, to all the exiles whom I have sent into exile from Jerusalem to Babylon, ‘Build houses and live in them; and plant gardens and eat their produce (i.e. "bloom where you are planted"). Take wives and become the fathers of sons and daughters, and take wives for your sons and give your daughters to husbands, that they may bear sons and daughters; and multiply there and do not decrease. Seek the welfare of the city where I have sent you into exile, and pray to the Lord on its behalf; for in its welfare you will have welfare.’  For thus says the Lord of hosts, the God of Israel, ‘Do not let your prophets who are in your midst and your diviners deceive you, and do not listen to the dreams which they dream. For they prophesy falsely to you in My name; I have not sent them,' declares the Lord. For thus says the Lord, ‘When seventy years have been completed for Babylon, I will visit you and fulfill My good word to you, to bring you back to this place (Jerusalem)."

Pay close attention to what God says to His people.

Only after these instructions to plant where you are, pray for your wicked masters, and be at peace with your environment does God give the Jeremiah 29:11 promise:


"For I know the plans that I have for you,’ declares the Lord, ‘plans for welfare and not for calamity to give you a future and a hope."

Oh boy. I'd like to ask you a question. Which prophecy inspires more hope? Is it Hananiah's false prophecy of captivity for less than two years? Or is it Jeremiah's prophecy to "bloom where you are planted" and experience a long captivity?

Which prophecy sounds better to the Jews at first hearing?

The common trap laid for us by our enemy is the one where we measure our personal prosperity by how quickly God changes our environment for the better. It would be wise for us to stop assessing God's favor in this manner.

God's purposes are much broader than our individual lives. That doesn't mean God doesn't care about me or you, for He does. He gave us His only Son. To "bloom where you are planted," is to trust that God knows the bigger picture and is at work on a grander scale, fulfilling a greater purpose that we can't even understand right now. So any measurement of my personal prosperity or God's favor for me must always be independent of my current circumstances. God is at work even when I can't see it. 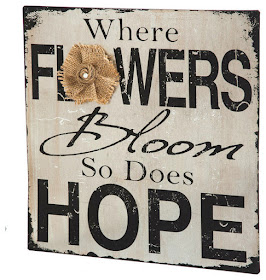 One of the men who heeded Jeremiah's words to "bloom where you are planted" was the prophet Daniel. We know, in fact, that Daniel often read Jeremiah's letters while he was in Babylonian captivity (see Daniel 9:2). Daniel listened and obeyed God's instructions.

He built a house. He planted a garden for his produce. He prayed for the wicked kings of Babylon. He lived in peace. He was present at the king's palace in October 539 B.C. -- exactly 70 years after Babylon had become a world empire - when the hand of God wrote on the wall "Mene, mene, tekel upharsin."

That very night God's justice was executed against the Babylonians and the Babylonian Empire came to an end. God had led His servant Cyrus, King of Persia, to divert the Euphrates River and the Persian army crawled under the great walls of Babylon on a dry river bed and took the city as their own. God's purpose for Babylon was over.

Daniel never left Persia to go back to Jerusalem, even though Cyrus allowed the Jews to return and rebuild the Temple and their city. Daniel's tomb is in Susa (Iran), the ancient capital of Persia (modern Iran). Because the Persians loved Daniel's ability to "foresee the future," they deemed him the greatest "magi" of all. The Persians revered Daniel, kept his scrolls in Persia and studied them at their universities. The magi in the east came to understand through reading Daniel's scroll (the book of Daniel), that a great King - a King above all Kings - would be born among the Jews. Five hundred years after Daniel's death, magi from the ancient Babylonian and Persian Empire lands (i.g. "magi from the east") came to Jerusalem and asked Herod:

The magi eventually sought Jesus because Daniel bloomed where he was planted.

I propose that if you find yourself in a difficult situation that God seems in no hurry to  change, and you learn like the ancient Jews to "bloom where you are planted," there will come a day when those around you will come looking for your King.