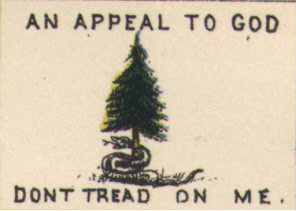 Eight years before his death, John Adams wrote a personal reflection on the American Revolution

In his written analysis, Adams made an important observation on how the American Revolution began.

Read again the last line of the quotation. John Adams states the American Revolution began “in the minds and hearts” of the American people through “a change in their religious sentiments.”

The Revolution of Hearts and Minds Begins

On that day, Jonathan Mayhew (b. 1720 – d. 1766), the pastor of West Church (Congregational) in Boston, Massachusetts, published a sermon he preached entitled “Discourse Concerning the Unlimited Submission and Non-Resistance to Higher Authorities.”

John Adams credits this sermon as the spark that lit the Revolutionary flame in the minds and hearts of the colonists. He said that this message was “read by everybody.”

There were two major points that Rev. Jonathan Mayhew made in his sermon:

1. First, in the introduction, Jonathan Mayhew traces the rise of oppressive and tyrannical governments from the days of Nebuchadnezzar in the book of Daniel (6th century BC) to the English monarchy in the mid-1700s. Mayhew then writes:

“There can be nothing great and good where tyranny’s influence reaches. For which reason it becomes every friend to truth and humankind; every lover of God and the Christian religion, to bear a part in opposing this hateful monster.”

In other words, according to Rev. Mayhew, it was the moral and religious duty for every lover of good and truth to oppose tyranny within one’s government.
2. Second, in the body of his message, Mayhew argued that mankind is bound to a Higher Law than that of government’s law. The American people, Mayhew said, are required to obey their government’s law only when it is in agreement with Higher Law. Indeed, Rev. Mayhew argued, if the government violates Higher Law, “we are bound to throw off our allegiance” and “to resist.”

But what was this Higher Law to which the American people were bound?

Richard Maybury, in the July 1987 edition of The Free Market, published by Ludwig von Misis Institute, summarizes this Higher Law with two principles:

1. Do all you have agreed to do, and
2. Do not encroach on other persons or their property.

These are the two common principles on which all major religions and philosophies agree.

Thus, this Higher Law is often called “Common Law.” Every political philosophy or religion may express these two principles differently, but they have a common belief in them.

Doing what you promise to do (Contractual Law) and not encroaching on other persons or their property (Common Law) is what brings about the Common Good.

The AIM of All Political Actions Is the Common Good

All political action aims at either conservation or change.

That is why conservatism and liberalism are relative terms.

The American Revolutionaries were called liberals by the British Parliament. They wished to change the laws for the colonists’ common good. But today, Americans who desire to conserve the principles of our Founding Fathers are called conservatives.

No American should fall into “party lines.” We all need a Revolution of the Higher Good in our hearts and minds.

Common law was the law to which the American colonists were dedicated, and it was the law that the politicians and bureaucrats were breaking. The government was encroaching, so the colonists overthrew their government. They committed treason.

This is what the American Revolution was all about – treason. And this treason was regarded as moral, ethical, and right in every way.

“This law of nature, being coeval with mankind and dictated by God himself, is of course superior in obligation to any other…no human laws are of any validity if contrary to this.”

The pamphlets the colonists passed out were often subtitled “The Rights of Englishmen!” The colonists were enforcing this Higher Law. No king, no parliament, no governing body, is greater than the individual.

The Reasons for the American Revolution

In 18th century England, there existed unlimited government control and the taxation of everything and everybody. There were no free markets and no free enterprise. Unless a person had government ties, no person could “get ahead” in life.

Richard Maybury gives us the history of the Pine Tree Flag flown by American warships during the Revolution. He asks, “Why would the colonists put a pine tree on their battle flag?” Then he answers:

“The (British) government had enacted a regulation saying no colonist could cut down tall, straight trees; these trees were to be reserved for masts on Navy ships. This meant the best, most valuable trees on a person’s land had, in effect, been confiscated by the government.

When a government tree inspector would come through the forest to select and mark the best trees, colonists would follow him. These inspectors were highly trained experts, good at identifying the best trees for Navy ships – the Navy ships that were constantly pursuing smuggling ships.

When the government’s lumberjacks then came through the forest to collect the marked trees, they would find the trees had already been cut and sold – for use on the smuggling ships.

One of these ships was THE LIBERTY, owned by John Hancock. Hancock was a successful wine merchant known throughout the colonies as “The Prince of Smugglers.” His reputation eventually earned him the honor of being the first to sign the Declaration of Independence.

Unfortunately, as the story of the Pine Tree illustrates, America did not remain beyond the reach of government. As the colonists’ wealth increased, politicians began making more and more efforts to steal – “tax” – this wealth. More and more bureaucrats and troops were sent to the colonies to enforce laws and shut down down the underground economy.

The colonists’ reaction was dramatic. The infamous Stamp Tax, for instance, was greeted by armed rebellion; tax collectors were tarred and feathered, a procedure that usually resulted in death. When John Hancock was arrested, the people rioted and the government’s agents barely escaped with their lives.” (Richard Maybury, The Free Market, July 1987, published by Ludwig von Misis Institute).

May God enable a religious reformation in the hearts and minds of the American people. The Higher Good is found in the Common Law, principles coeval with man. It is the duty of all good and religious men and women to resist the laws of government that encroach on persons or their property and give rise to tyranny.