The Messiah's the Message of Manifold Messengers 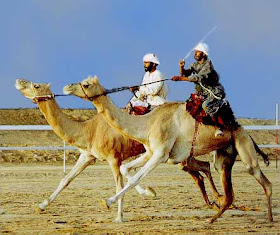 Esther is the only book in the Bible where God's name is never mentioned.

ButT Esther is a book where God's grace is uniquely pictured.

Good News runs throughout the book.

Esther, the Jewish girl who marries the powerful Persian king, is the heroine.

She intervenes on behalf of her people when Haman, a Persian royal who hated the Jews, obtained a Law of the Medes and the Persians - an unalterable law - that all the Jews in the Persian Empire, regardless of age and gender, should be put to death.

We, like the Jews in Esther's day, are under a similar unalterable law. "The wages of sin is death' (Romans 6:23). This law is inescapable, regardless of age or gender, fame or fortune, and any attempts to nullify it.

However, seventy days after that first Persian law of death went into effect, Esther intervened on behalf of the Jews to obtain a new law of life (see Esther 8:9), allowing the Jews--on the authority of King Xerxes her husband -- to destroy those who sought to put them to death.

Since any Law of the Medes and the Persians was irreversible, the new law only made the first law ineffectual, allowing a "way of escape" on the authority of the king.

The new law in Esther's day went into effect with the seal of the king's signet ring (Esther 8:8). The signet ring was worn by ancients and "pressed" into a wax seal to authenticate a document.

That signet ring in the book of Esther is a beautiful picture of God's grace in Jesus the Messiah. In Haggai 2:22-23  the Messiah is called "God's signet ring."

The above verse is a Messianic prophecy that is fulfilled in Jesus Christ.  Jesus Christ is God's Signet Rings that authenticates the New Law of life.

Often the Old Covenant prophets would promise the return of David to the throne of Israel. Remember, David was the first ruler of Israel appointed by God alone before the exile. But when the prophets of the Old Covenant predicted the return of David, they actually meant "the Son of David."
The Messianic prophecies of the Old Testament were always about one of David’s sons as specifically outlined in 2 Samuel 7:8–16.

Both Jewish and Christian scholars see the necessity for the Messiah ("God's signet ring") to be a direct descendent of both David and Zerubbabel.

When you read the genealogy of Christ in Matthew 1:13 and Luke 3:27 you find that Jesus Christ comes from the line King David through Zerubbabel.  Jesus is the rightful King of Jews. Jesus fulfills the prophecies of the Messiah as given by the prophets, the King who destroys the power of all other kingdoms.

The only way the old law of sin and death is rendered ineffective is through God issuing a New Law that protects His people by crushing the head of Satan (i.e. "the ruler of the kingdoms of this world"), a  New Law of life that is sealed with the King's Signet Ring, Jesus Christ.

Just as the king of Persia gave his signet ring to Mordecai (see Esther 8), so God so loved us that He gave us His Son (John 3:16 and Hebrews 8), giving Him for our protection (Matthew 1:21)

Through the King's Signet Ring (Jesus Christ), the old law of sin and death is made ineffectual. Even though we deserve death each time we sin,

When we realize what we’ve been given in the King’s signet ring, the riches of the King's grace cause us to lose our desires for the lesser pleasures of this life and to be captivated by the eternal riches of our King (see Ephesians 2:7).

This is the good news from Esther.

I close with the word of encouragement from Esther 8:10 for all gospel preachers and teachers.

The Persian king sent couriers throughout the Persian empire to declare the good news for the Esther's family.

So too, we are commissioned by the King of Kings to "move swiftly" throughout the world, to go and herald the good news to people everywhere (Matthew 28:18-20).

The words of Esther 8:10 (KJV) are specific as to how the couriers from King Xerxes were to be sent out with the good news of the New Law:

We who proclaim the gospel can be compared to messengers riding mules. Mules are slow and steady.

It matters not how we get the message of grace out to the world, it only matters that we are riding with an important message.

I find it fascinating that the New American Standard lumps all four animals together and translates Esther 8:10 in this manner:


"The king sent out couriers riding on steeds sired by the royal stud."

No mules. No camels. No dromedaries. No horses. Just "steeds sired by the royal stud."

If the New American Standard translators are anywhere close to the ballpark in their translation of Esther 8:10, you shouldn't be too quick to judge someone else's methods of carrying the gospel message - whether they're going slow or going fast - for we all are "couriers riding steeds sired by the royal stud."

It seems God puts an emphasis on our message and may be a tad indifferent to our chosen methodologies.
Wade Burleson at Monday, November 02, 2015
Share