Gamaliel's Wisdom and MacArthur's War: Fighting Strange Fires Can Also Be a Fight Against God 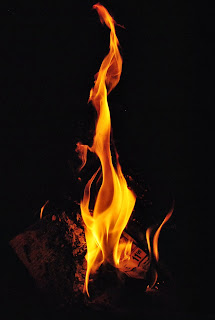 "Gamaliel rose and spoke saying..'Therefore, in the present case I advise you: Leave these men alone! Let them go! For if their purpose or activity is of human origin, it will fail. But if it is from God, you will not be able to stop these men; you will only find yourselves fighting against God'" (Acts 5:38-39 NIV).

After the ascension of Christ, the disciples of our Lord went about Jerusalem proclaiming the risen Christ, healing the sick, and becoming quite well-known among the common people. The Sadducees were "filled with jealousy" and had these followers of Christ arrested and imprisoned. But an angel from the Lord miraculously opened the prison door and told the disciples to "go on and tell others about this new life" (Acts 5:20). Peter went straight to the Temple and began preaching Jesus. He was detained again and brought before the Sanhedrin where he was reminded he had been already arrested for preaching Christ and had been told to stop! Peter responded with his famous words, "We must obey God rather than man!" (Acts 5:29). Peter so infuriated the Jerusalem religious leaders that they cried out for his death and all those who followed this insurrectionist Man from Nazareth.

In the midst of the bedlam, a wise and respected leader of the Sanhedrin, a Pharisee named Gamaliel calmly stood up and spoke the words recorded in Acts 5:38-39 (see above). The wisdom of Gamaliel persuaded the angry Sanhedrin and the Christians were released unharmed.  The Orthodox Church made Gamaliel a saint, believing that he and his son had converted to Christianity from Judaism. The Feast of St. Gamaliel is celebrated on August 3rd. Ironically, when Christopher Columbus set sail "across the ocean blue" from Spain, he had been ordered by King Ferdinand to leave on August 2nd, which in 1492 happened to be ninth day of Av on the Jewish Calendar. The ninth of Av is a Jewish holy day called Tish B'Av, commemorating the date of the destruction of both the First and Second Temples of the Jewish nation. Columbus deliberately chose to wait and leave on August 3rd, the Feast Day of Gamaliel. I do not believe it is far fetched to say that Christopher Columbus, an ethnic Jew himself, wished to honor Gamaliel and identify with his conversion to Christ by delaying his departure. Gamaliel has been revered by Christians throughout the centuries.

John MacArthur would do well to imitate Gamaliel and stop his war against Charismatics. At McArthur's Strange Fire Conference in California this week (October 16-18, 2013), he "called out charismatic Christians." Specifically, MacArthur claims that "nothing good has come out of the Charismatic Movement." In addition, MacArthur has grouped men like John Piper, Sam Storms, Adrian Warnock, Mark Driscoll, Scott Camp and a host of other theologically sound continuationists with every far-fetched Charismatic ministry and called them all "strange fires, not from the Lord." My departed grandpa might say of MacArthur's rhetoric "Them there be fighten words!" I think Gamaliel, in contradistinction to MacArthur's tactics, would have stood up before the people in California this week and pointed out that it is unnecessary to attack Christian ministers regarding their purposes, tactics, and activities. "If it be of human origin it will fail. But if it be of God you will not be able to stop these men; you will only find yourselves fighting against God." How does a ministry fail? The fires of affliction reveal the character of one's ministry. It doesn't happen overnight. Just wait. God will reveal the character and quality of all ministries and ministers. Afflictions come to us all. Times of testing are in the appointment book of God for every one of us (I Thessalonians 3:3). When those fires of affliction come, GOD will reveal the character of our ministries.

This is precisely the teaching of I Corinthians 3. Every preacher, evangelist, church leader, and kingdom worker ought to contemplate and mediate on this chapter of the Bible. Contrary to popular but mistaken dispensational interpretation, this text is not referring to the Day (of Judgment), but rather, to days of affliction in this life. This chapter, written about ministers and shepherds of God's people, is a clarion warning for us pastors to focus on our own ministries and stop worrying about what others are doing. The early Hebrew Christians would have known that a foundation in their church of "gold, silver, and precious stones" was precious gospel truth. A foundation of "wood, hay and stubble" is a ministry built on "heretical doctrines, damnable heresies" (Gill). There is no need to burn down the work of another ministry. God has a way of bringing down churches and ministries built on "wood, hay, and stubble." The wisdom of Gamaliel is a far superior than the war of MacArthur.

I do not speak in tongues. I do not have any gift of prophecy. I am a continuationist theologically and a cessationist experientially. That just means I leave these matters up to God. I was twice censured by my fellow trustees on the International Mission Board because I opposed their efforts to root out from missionary service those who believed in and/or practiced a continuation of spiritual gifts like tongues and prophecy  (i.e. President Jerry Rankin). I suggested we should leave our fellow Christians alone on this issue and preach Christ,  supporting the work of all those called by the Spirit to serve on the mission field. I am beginning to believe that theological cessationists who demand every other Christian agree with them are more dangerous than we realize. Why? Because in their attempt to stamp out strange fires, they very well may be fighting  against God. Let's leave others alone and concentrate on our own work. It's far better to allow God to burn the wood, hay and stubble of other ministries than to have Him write Ichabod on our own.