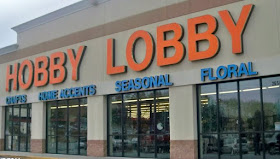 Hollywood film director Oliver Stone is no ideological conservative. He is probably one of the more ideological liberals in Hollywood. Yet, in an interview yesterday with historian Peter Kusnick, Oliver Stone declares that "the United States has become an Orwellian state." For those unfamiliar with George Orwell's classic work 1984, an Orwellian state can be characterised by a government that is involved in:

(1). The invasion of personal privacy, either directly or physically, or indirectly through surveillance.
(2). State mandated laws designed to control the citizens' daily life, from infancy to death.
(3). The official adoption of laws and policies designed to disentegrate the family.
(4). The development of cult status for state leaders and their Party.
(5). The promotion of "doublespeak," so that the citizens learn to embrace inconsistent concepts without dissent. Examples of doublespeak would be "giving up liberty for freedom." Orwell himself defined doublespeak as "the defence of the indefensible… Political language that consists largely of euphemism, question-begging and sheer cloudy vagueness… the great enemy of clear language is insincerity. Where there is a gap between one's real and one's declared aims, one turns as it were instinctively to long words and exhausted idioms"
(6). The revision of history in the favor of the State's interpretation of it.
(7). A dystopian future where the individual within the State is dehumanized and the State is exalted and promoted along with a totaliterian view of society. The State rules; not the people.
(8). The use of euphemisms in the naming of State branches of government. The department that wages war on other countries is called The Department of Defense. The department that imprisons the conscientious objector who protests the actions of the State is called The Department of Justice. The formerly named Peace Officer becomes a Police Officer called upon to enforce Political Laws (police and politics come from the same word).

The Hollywood film director backs up his claim that the US has become (notice the past tense) an Orwellian state by giving various facts in the interview. The Obama administration has issued one million Top Security clearances to assist in the surveillance and surreptitious spying on US citizens. The US government has imprisoned more American citizens for espionage in the last four years than any previous administration. The US government now intercepts over 1.7 billion private, daily communications of its citizens. The US is codifying thousands and thousands of new, political laws that compel citizens to lives according to the State's desires. Oliver Stone summarizes his concerns with the following statement (emphasis mine):

I think under the disguise of sheep’s clothing President Obama has been a wolf. Because of the nightmare of the Bush presidency that preceded him, people forgave him a lot. He was a great hope for change. The color of his skin, the upbringing, the internationalism, the globalism, seemed all evident. And he is an intelligent man. He has taken all the Bush changes and basically put them into the establishment, he has codified them. That is what is sad. So we are going into the second administration that is living outside the law and does not respect the law and foundations of our system and he is a constitutional lawyer, you know. Without the law, it is the law of the jungle. Nuremburg (sic) existed for a reason and there was a reason to have trials, there is a reason for due process – ‘habeas corpus’ as they call it in the United States.

The trouble a totalitarian, Orwellian State brings to its society is tragic. Look at North Korea today. Look at the Soviet Union in the 1960's and 1970's. Look at Germany in the 1930's and 1940's. Yes, let's look at Germany.

During Germany's existence as a nation, the killing of an innocent person was held to be murder based on Natural Law.  Murder was seen by the German courts prior to the 20th century as a crime against--as America's Founding Fathers put it--Nature and Nature's God. Then, political leaders in Germany acquired the political power in the 1930's and 1940's to change the laws regarding murder. When the Nazi government began executing undesirables, judges in Germany, rather than interpreting Natural Law which never changes, went along with the new German Political Law and their cult-like political leader (Adolph Hitler) and ruled that the extermination of undesirables was legal.

The judges in 1940's Germany ruled that the mentally incompetent could be killed by the State without the crime of murder being committed. Then, the  Gypsies and the Poles were marked for death by the totalitarian government of Germany and the courts went along. Finally, the Jews were marked for death by Hitler and millions were killed in extermination camps. When all was said and done, the German State had LEGALLY put to death over 11,000,000 people.

When the Allies won the war, the political, judicial and military leaders of World War II Germany were placed on trial in the city of Nuremberg. At the Nuremberg Trials, the Nazi defendents claimed they were innocent of wrongdoing because they had been following orders from the State and were within the laws of the state in their actions. Their claims were true! The Nazi judges, political leaders and military officers were acting within their nation's laws, but the prosecutors at Nuremberg eloquently argued that "there is a higher duty" than anything a State can impose on its citizens. The Nuremberg Trial judges agreed with the prosecution. They ruled:


"The fact that the defendants acted pursuant to the orders of their government shall not free them from responsibility."

The defendants were executed. The Nuremberg judicial decision is probably the most important legal decision of our time. However, governments that are moving toward an Orwellian State do their best to ignore or hide the signficance of Nuremberg. Interestingly, Oliver Stone mentions Nuremberg. He understands that (1). There is a Higher Law than that of any government's law, and (2). We are all obliged to obey this law, and that (3).judicial courts must seek out and enforce this Higher Law, not Political Law.

Oklahoma City based corporation Hobby Lobby is defying Obamacare. Hobby Lobby announced this week that they will not comply with a federal law that requires employee health care plans to provide insurance coverage for certain kinds of contraception that the firm's owners consider to be "abortion inducing drugs and devices." Hobby Lobby's announcement came after a federal court blocked Hobby Lobby's appeal of the consitutionality of Obamacare.

The front page of the paper to which we subscribe, the Daily Oklahoman, reported yesterday on Hobby Lobby's decision to defy the State's mandate. Hobby Lobby believes that the child within a mother's womb is a person, and that to encroach on that person's life for the purpose of killing it is murder. Hobby Lobby's officials are obeying a Higher Law and ignoring Political Law. However, the United States government is now acting just like the German government of the 1940's. Political Law of the State is replacing Natural Law.

Watch the US government's reaction to Hobby Lobby very closely. It would not be surprising to me if the fines against Hobby Lobby were increased into the millions and millions of dollars. It would also not be suprising to me that if Hobby Lobby continues its defiance of Obamacare in the years to come, the US Justice Department will move to imprison company officials. Those who are unfamiliar with history are destined to repeat history's mistakes. America is fast becoming 1940's Germany.

I recently wrote a post explaining why the Founding Fathers established the Second Amendment. Our forefathers believed in a government described by Abraham Lincoln as "of the people, by the people, for the people." In other words, if the State ever exalted itself above the people and established Political Laws that compel citizens to encroach on persons or their property (think of a child in a mother's womb), then it was the duty of a free people to overthrow the State, by force if necessary. This duty is founded on what our Founding Fathers called Higher Law or Natural Law.

I am not a political radical. I don't even consider myself a political conservative. I despise politics. I believe in liberty and freedom. It is a strange day in America when a Christian writer and amateur historian in Oklahoma finds agreement with a Hollywood film producer. I resolve in the foreseeable future to (1). Continue to write on the tragic slide of America into Orwellian statism, and (2). To shop at Hobby Lobby as much as possible.