The Only True Authority that Comes from God Is a Result of Service, Not Gender 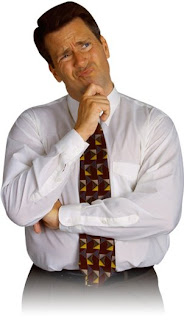 In March of 2000 The Council for Biblical Manhood and Womanhood hosted a Conference for people interested in the subject of Christian submission. During a Conference forum entitled "How Submission Works in Practice" Dr. Paige Patterson was asked a question about how a Christian wife should respond to spousal physical abuse. The answer Dr. Patterson gave, in my opinion, reflects the danger of a any belief system that promotes the idea that the male in the marriage possesses an inherent authority to which the Christian wife must at all times submit.

My previous post contained the example of an African-American seamstress who was beaten by her master and refused to submit to the beating, but fought against it. A few commentors asked the question, "What does this have to do with Southern Baptists?" The answer to that question is clear to me. When anyone - whether it be Gothard, Patterson, Stanley, Mohler, Elliff, or any other Southern Baptist (Gothard is a member of a Southern Baptist Church in Oklahoma City) - promotes submission because there is an inherent hierarchy of authority in relationships, then we have a warped view of both authority and submission. True Christian authority in marriage, church government, and any other kind of relationship among believers comes not from an office, gender, or title, but through service. Jesus said, "He that is greatest among shall be your servant" (Matthew 23:11).

Don't believe me? The following is the actual transcript from the audio of Dr. Patterson as he answered the question how a Christian wife should to her husband when she is being beaten by him. Please note: Dr. Patterson, like all of us, condemns any man who would beat his wife. That is not the issue. The issue within the SBC is this notion that there is some kind of inherent authority in husbands to which wifes must subject themselves while being beaten. It's this notion that there is some inherent authority within males to which women must subject themselves as Christ the Son subjected Himself to God the Father. It's the same kind of attitude within the heart of the Presbyterian minister who beat his slave, believing she had the God-given role of submitting herself to her master.

It is this attitude that must change within the Convention. The audio for this portion of the CBMW has been removed from the CBMW website, but I post it here to illustrate why this issue is an important one within our Convention. Patterson illustrates how he, as pastor, counseled a woman who was being beaten.

I had a woman who was in a church that I served, and she was being subject to some abuse, and I told her, I said, “All right, what I want you to do is, every evening I want you to get down by your bed just as he goes to sleep, get down by the bed, and when you think he’s just about asleep, you just pray and ask God to intervene, not out loud, quietly,” but I said, “You just pray there.” And I said, “Get ready because he may get a little more violent, you know, when he discovers this.”

And sure enough, he did. She came to church one morning with both eyes black. And she was angry at me and at God and the world, for that matter. And she said, “I hope you’re happy.”

And what she didn’t know when we sat down in church that morning was that her husband had come in and was standing at the back, first time he ever came. And when I gave the invitation that morning, he was the first one down to the front. And his heart was broken, he said, “My wife’s praying for me, and I can’t believe what I did to her.” And he said, “Do you think God can forgive somebody like me?” And he’s a great husband today. And it all came about because she sought God on a regular basis.

And remember, when nobody else can help, God can. And in the meantime, you have to do what you can at home to be submissive in every way that you can and to elevate him.